← back to
Légère Recordings
Get fresh music recommendations delivered to your inbox every Friday.
We've updated our Terms of Use. You can review the changes here. 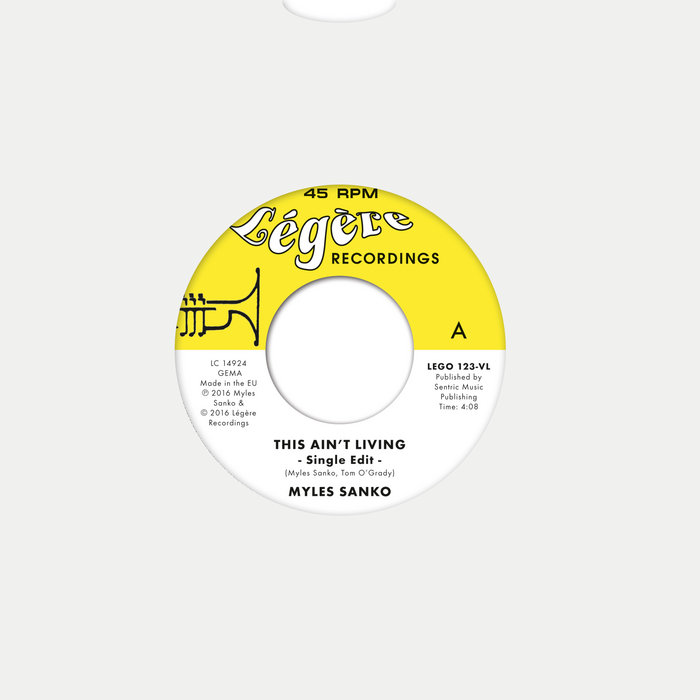 “Soul album of the year 2016.” - Echoes UK
“A congenial mix of soul and jazz.” - Deutschlandradio.de
“A soul-jazz masterpiece.” – Radio Eins DE
“You’ve got 43 minutes and can’t decide between Michael Kiwanuka and Gregory Porter? Choose Myles Sanko!” – laut.de
“An album, that due to its energy and playfulness stands out of the mass of retro-soul releases.” – HHV.de
“Definitely an alternative to Kiwanuka or Porter.” – Rolling Stone DE
“A really strong soul voice.” – Jazzthetik DE
“For him, music is not business but the most direct form of human communcation.” – superfly FM Austria

With the release of his third album “Just Being Me” Myles Sanko has truly arrived. Following the worldwide release in autumn 2016 the Ghana born British soul singer and songwriter played sell out shows across Europe and gained extensive airplay on all major radio stations from Germany to France, from Spain to the UK.

“This Ain’t Living” is a strong statement in troubled times and the second single from “Just Being Me”.

Myles Sanko will embark on an extensive European tour from March 2017.

Bandcamp Daily  your guide to the world of Bandcamp

The Hammer and The Relentless from the Boston band Malleus stop by for a chat.